She was a member of the Church of Christ of Madison and retired as the bookkeeper for the former Eastgate Dodge in Madison.

She is survived by two sons, James R. “Rick” Crooks of LaGrange, Kentucky, and Mark A. Crooks of Madison; three grandchildren, and six great grandchildren.

She was preceded in death by her husband, James B. Crooks, and one sister, Nancy Caroland.

Interment was in the Indiana Veterans Memorial Cemetery.

Online condolences may be sent at lytlewelty.com

She was born in Carroll County, Kentucky, April 13, 1945, to John L. and Dorothy Mae Kiper Dougherty. She was of the Baptist faith, a homemaker, enjoyed mowing and loved her cats and dogs.

She is survived by two daughters; Sam Cradduck of Phelan, California, and Deidra Stangle of Campbellsburg, Kentucky, and two sons; Troy Aldridge of Burlington, Kentucky, and Charles Aldridge of Independence, Kentucky; one brother; Robert Allen Dougherty of Clinton, Tennessee; 13 grandchildren and seven great-grandchildren.

She was preceded in death by her parents and two brothers, Lonnie Dougherty and Henry Wayne Dougherty.

Funeral services will be at 2 p.m. Sunday, July 7, 2019, at the Tandy-Eckler-Riley Funeral Home in Carrollton.

Visitation will be at the funeral home from 5 p.m. to 8 p.m., Saturday, July 6, 2019, and from 1 p.m. until the service Sunday. Burial will take place in the Our Mom’s Best Family Cemetery in Carrollton.

Online condolences may be made at www.tandyecklerrileyfuneralhome.com

He was born June 29, 1952, in Madison to Thomas Sr. and Ruth McDowell Estes. He lived all of his life and attended school in Madison. He worked earlier in life for Rex Chain-Belt in Madison for several years and then began a career with Meese INC. as a supervisor. He retired from there in 2013. He married Angela Kay Hoskins in 1973 at St. Patrick Catholic Church and this union was blessed with a daughter, Stacy. He enjoyed taking his daughter fishing early in life. In 1995 he married Tamra Lea Semon. This union merged two families and he enjoyed his step-daughter, Shannon, as an addition to his family. He was a member of the Madison Moose Lodge No. 765 and the Major Samuel Woodfill Post No. 9 Sons of the American Legion. He was of the Christian faith. He fought cancer over the past several years.

He is survived by a daughter, Stacy Estes Anderson of North Vernon, Indiana; a step-daughter, Shannon Hatfield of Madison; three sisters, Sue Estes, Chevel Bernius, and Mary Rowlett, all of Madison, Indiana; two grandsons; three step grandchildren; a step-great-granddaughter, and several nieces, nephews and other relatives.

Memorial services will be Tuesday, July 9, 2019, 7 p.m. at the Morgan & Nay Funeral Centre in Madison, Indiana.

Visitation will be Tuesday after 6 p.m. at the funeral home.

Memorial contributions may be made to the American Cancer Society. Cards are available at the funeral home.

He was born in the West Fork community Nov. 27, 1949, to Alva and Doris Faye Housefield Geisler. He was an Army veteran of the Vietnam War and was awarded the Purple Heart for wounds received Jan. 21, 1970. He was a former employee of the Muscatatuck State Developmental Training Center and was retired from the Jefferson Proving Ground where he was a guard. He was also a farmer and enjoyed operating his bulldozer and track hoe. In his spare time he enjoyed his grandchildren, fishing, hunting, woodworking, playing cards, and visiting the local casinos.

He was preceded in death by his parents and three brothers, George, Leslie and Roy.

Funeral services will be Saturday, July 6, at 11 a.m. at the Stratton-Karsteter Funeral Home in Versailles. Burial will be in the Ditch Cemetery on the Geisler Farm near Rexville with military graveside rites by the Versailles American Legion.

Memorials may be given to the West Fork Cemetery in care of the funeral home.

He was born in Batesville, Indiana, May 26, 1954, to Rom and Gertrude Eckstein Meisberger. He was a 1973 graduate of South Ripley High School. He was a fulltime farmer and a member of the St. Magdalene Catholic Church.

He was preceded in death by his parents, and one brother, Phillip.

Mass of Christian Burial was Friday, July 5, 2019, at St. Patricks Catholic Church in Madison. Burial was in the St. Magdalene Cemetery in Madison.

Memorials may be given to the St. Magdalene Cemetery Fund in care of the funeral home.

She was born June 21, 1930, in Toledo, Ohio, to John “Jack” and Mary Lucy Duso LaPorte. She grew up in Toledo and lived there for 29 years. She graduated from Central High School in 1948 as Salutatorian of her class while having the same grade point average as the male Valedictorian. Immediately after high school graduation she was employed by the Bishop of Toledo as his secretary for five years. After her marriage, she moved to Montello, Wisconsin, and, in 1971 to a farm near Madison. From that day on she spent her days as a homemaker, working on the family farm and taking care of her large family, which was the pride and joy of her life. She was an avid reader and football fan of Notre Dame, Packers and Colts. She loved reading, crossword puzzles, crocheting, bookkeeping for the family business, Pietrykowski Products Inc. which for more than 40 years sold produce and vegetables to the Kroger Co. She enjoyed gardening and was an excellent cook. She was a member for many years of St. Patrick Catholic Church in Madison and later St. Magdalene Catholic Church in New Marion until it closed and now a member of Prince of Peace Catholic Church in Madison.

She was preceded in death by her husband, Arthur Joseph Pietrykowski; her parents; and one brother, Larry LaPorte.

There will be a Mass of Christian burial service at 11 a.m. Tuesday at St. Patrick Catholic Chapel. Burial will follow in Grandview Memorial Gardens.

Visitation will be at the church chapel Tuesday from 9 a.m. until the service.

Expressions of sympathy may take the form of donations to St. Patrick Catholic Chapel or Grandview Memorial Gardens Care Fund or Little Sisters of the Poor. Cards are available at Morgan & Nay Funeral Centre and the church.

He was born Sept. 12, 1953, in Cincinnati to Clyde and Liza Martin Philpot. He retired in 2005 as the head of Extrusion for the Hilex Company in North Vernon. He enjoyed fishing and being a musician. He played guitar in the Sweet River Band.

He was preceded in death by his parents; his wife, Bernice Dunham Philpot; two sisters, Jacqueline King and Roseanne Philpot; and three brothers, Wallace, Clarence, and Kenneth Philpot.

The family requests memorial contributions be made to the Clyde Philpot Memorial Fund.

Contributions may be made at any of the Lytle Welty Funeral Homes & Cremation Service locations.

Online condolences may be made at lytlewelty.com

He was born March 23, 1939, in Jefferson County, to Henry and Bessie Aldridge Selig. He was a 1957 graduate of Hanover High School and served in the National Guard from 1956 until 1963. He worked the assembly line for Cummins Engine Company and retired in 1995 after 31 years. He was a member of First Baptist Church in North Vernon. He enjoyed watching TV, yardwork, cats, and studying the Bible. He was the author under the pen name T. J. Keller of the book “To Our Christian God with Love.”

He was preceded in death by one son, Scott Selig, his parents; and three brothers, Lloyd, Donald and Larry Franklin Selig.

Funeral services will be at 11 a.m. Saturday at Dove-Sharp & Rudicel Funeral Home and Cremation Service in North Vernon. Burial will follow in Baldwin Cemetery.

Expressions of sympathy may take the form of donations to Our Hospice of Jennings County.

She was born June 13, 1949, in Yipslanti, Michigan, to Willard E. Ganger and Olive Milks Ganger. She grew up in Traverse City, Michigan, and graduated from Traverse City High in 1967. She moved to the Millersburg/Goshen area where she attended Elkhart Technical School and graduated with an associate’s degree. She moved back to Traverse City where she worked for JML Design Group for 15 years. She later moved to Buckley, Michigan, and lived there from 2000 until 2015. In 2015, she and her husband moved to Madison. where she attended Green Road Baptist Church.

She is survived by her husband, Ray Stephen Thornton, of Madison; one daughter, Natlie Marie Arnold of Medina, Ohio; one son, Kenneth Jay Thornton of Canaan, Indiana; and six grandchildren.

She was preceded in death by her parents; one sister, Betty Ganger; and one brother, Willard Bud Ganger.

At her wishes, there will not be any services.

Memorial contributions may be made to House of Hope. Cards are available at the funeral home.

He was born August 15, 1947, in Patriot, Indiana, to Curtis A. and Mary Margaret Miller Turner. He grew up in Patriot and attended Patriot High School. He was employed by North Bend Farms in Patriot for more than 30 years. He retired from his position in maintenance for Belterra Casino & Resort in Florence, Indiana, in April 2018, after 18 years. He enjoyed fishing, hunting, the Cincinnati Reds, going to the casino, playing euchre and spending time with his grandchildren and great-grandchildren.

He was preceded in death by his parents and one son, Darrin Wayne Turner.

Funeral services will be Saturday, July 6, 2019, at 1 p.m. at the Haskell & Morrison Funeral Home in Vevay.

Memorial contributions may be made to the Switzerland County Emergency Response Unit or Keeping Pace Cancer Fund c/o CFSCI.

Cards are available at the funeral home or online at www.haskellandmorrison.com 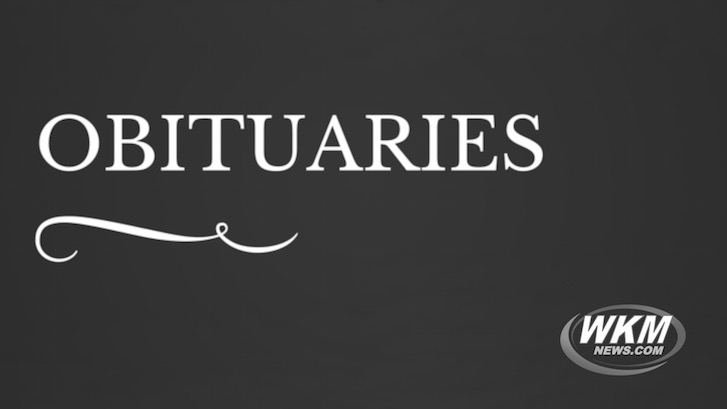